Shana for School Board 2018

Shana Alex Charles is a lifelong educator, a mother to two daughters, and a proud Fullerton resident who has dedicated her career to public education.

Shana is a professor at the Cal State University of Fullerton (CSUF) Department of Public Health where she teaches statistics, data analysis, and health policy. Her research focuses on equal access to affordable healthcare in California, health insurance for low-income children, and public health policies such as the CSUF on-campus smoking ban. She also specializes in political issues surrounding health care reform, at both the state and the national levels.

Shana’s commitment to education began at an early age. She was a peer tutor while in high school, helping other students learn advanced chemistry. She continued to teach throughout her undergraduate years at UCLA, both as a teaching assistant to Michael Dukakis, and tutoring high school students in SAT test preparation. During the Clinton Administration, she worked as an intern in the White House Office of Women’s Initiatives and Outreach, assisting in the follow-up to then First Lady Hillary Rodham Clinton’s trip to the World Conference on Women in Beijing. After earning her Master’s degree in Public Policy and her PhD in Public Health (both from UCLA), she continued to teach, both online for UCLA and at CSU Los Angeles. 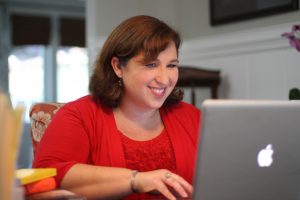 When her daughters began attending public schools in Los Angeles, Shana volunteered in the classroom, from reading a favorite book to first-graders to helping her Latina/Jewish daughter teach her classmates about multiculturalism in third grade.

Since joining CSUF in 2015, Shana has presented annually in a local conference to educate junior high girls about STEM options for their future careers.

Shana lives and works in Fullerton’s K-8 District 4, with her husband and family. Her daughters have attended Beechwood K-8, Rolling Hills Elementary, and Ladera Vista Junior High of the Arts. Shana’s younger daughter will start at Ladera Vista in Fall 2018, while her older daughter is now headed off to Fullerton Union High School. Shana looks forward to bringing her passion for public education, her dedication to public service, and her multicultural perspective to the Fullerton K-8 School Board.